About Us » Piera Barbaglia Shaheen 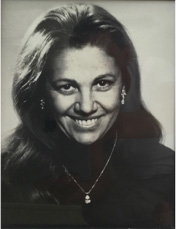 Piera Barbaglia (Bar-ball-ya) was born in a small farm-house in Mystic, Iowa to Italian immigrant parents on April 28, 1923. At that time, in parts of America, there was intense discrimination against Italians. This caused her mother to return to the Piedmont region of northern Italy with two-year-old Piera and two of her siblings. Her father and her oldest sister remained in Iowa. Therefore, though she was an American citizen by birth, her first language was Italian.

Piera’s mother was one of thirteen children and was an extremely strong woman. She started a small trattoria in her village home, which allowed her to work and raise her children at the same time. She instilled in Piera and her siblings a very strong work ethic. Education was paramount and Piera was able to matriculate to a very prestigious local university, Sacro Cuore di Romagnano Sesia.

World War II was raging around her university and throughout Italy. Since Piera held an American passport, she was under constant threat of being sent to a concentration camp by the Fascist regime. Fortunately, the nuns and teachers at her school protected her until she completed her studies, sometimes hiding her in crypts in their local graveyard. Upon graduation she was recruited by the resistance effort of the American Underground in Italy. Because of her degree in economics she was asked to handle the accounting and funds for the resistance effort. Her group was in constant danger and changed locations every few days to remain undetected by the Fascist Army. On two occasions, Piera was even buried alive in order to prevent the enemy from recovering important documents and money belonging to the Underground.

After the war she traveled by herself to America to visit her father and see the country she fought for. Her father wanted her to marry, but she desired to continue her studies instead. She found employment as a nanny to pay for attending a health services program at Northwestern University in Chicago. After graduation, she worked in a hospital laboratory as a medical technician. At that time she met her husband, Shaheen Shaheen, also a first generation American.

After marrying, Piera and Shaheen moved to a small north Georgia town where the tufted carpet industry was at its inception. With $1,500 of Piera’s savings, they started one of the first carpet mills in the budding new industry. Shaheen managed the manufacturing process while Piera oversaw administration. Like her mother before her, Piera arranged to work at times from home to be able to raise their two sons while running her company. Over the next 40 years she helped to build World Carpets into the largest privately held carpet manufacturing company in the world.

Piera’s continued commitment to education was demonstrated while her sons attended Dalton, Georgia Public Schools. She was very involved in their schools and her sons’ school activities. She gave in-school lectures on her experiences during War II, was a guest lecturer for the Stay in School Program and helped to provide funding for school libraries and classrooms.

At that time, not many people in north Georgia had the opportunity to attend college. Piera and her company provided over 2,000 scholarships for children of employees. When she realized that many of World’s staff did not have a high school diploma, she helped institute a General Equivalency Diploma Program (GED) to provide them an opportunity to earn a degree.

Piera would be pleased to know her educational legacy will continue through the students of
PBS Health Services Academy.