STUDENTS JOIN TOGETHER TO HELP HAITI 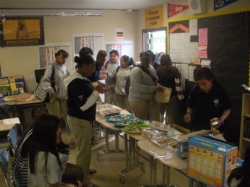 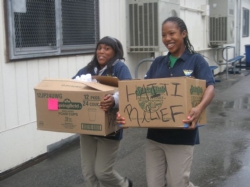 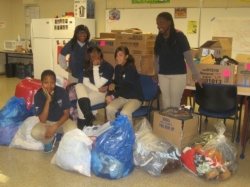 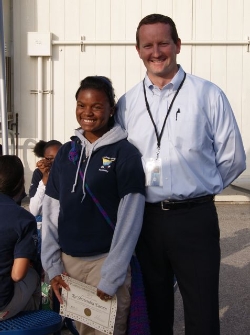 From bake sales to clothing drives, HSA students joined together to help those effected by the devastating earthquake in Haiti.
"Now is not the time to feel sorry for Haiti. Now is the time to help." That is just one of the messages that appeared on posters all over the HSA campus immediately after a massive earthquake hit Haiti.
The posters were placed by HSA students who joined together to form a youth action group called Voices of the Young. They started with a clothing drive, which resulted in an outpouring of donations of everything from baby clothes to hats and shoes. The clothing was donated to the Salvation Army, who pledged to get the clothing to those in need in Haiti. Students asked for monetary donations as well and initially raised over $120.
HSA students also came together to organize an afterschool bake sale in February. Cupcakes, pies, Rice Krispies Treats, and even Twizzlers helped raise over $105 for the cause.
Ro'Shawndra E., Student Council President and one of the co-founders of Voices of the Young, was awarded the Humanitarian Prize at our first awards ceremony in honor of the Haiti relief efforts that she spearheaded. We would also like to honor each and every one of the HSA students who opened up their hearts to the people of Haiti and helped to prove that everyone can make a difference, regardless of their age.
Print